If you have ever been told that you have a great voice, then some form of acting might just be in your future. With voice-over acting being a field in such high demand today, this might be something that you are interested in.

The question becomes whether it is as hard as it might appear to be on the surface.

Most experts will tell that you that voice acting is hard. It requires a great deal of work and patience. At the same time, it is a lot of fun and can be quite rewarding. Some people do voice acting as a hobby, while others turn it into their full-time profession.

How hard voice acting is for you will depend, to a large degree, on your ability to get into another character and mesmerize your audience. This guide will explain to you why voice acting is hard, but it will also explain the many benefits and possible disadvantages of this emerging career field.

Is Voice Acting Harder Than Acting?

In many respects, voice acting is harder than regular forms of acting. This is because you will not have the benefit for your facial and body expressions to communicate exactly what you are trying to say.

Voice acting does not require you to be seen on camera or in front of an audience. In fact, your many admirers may not even have a clue what you look like.

This is because you will only be using your voice to entertain and amaze your listeners with your ability to make a story or a product come to life.

What Does Voice-Over Acting Entail?

Voice-over actors may narrate audiobooks, market products in a commercial-like way, re-tell children’s stores, create educational content, and so much more. Because you will need to become someone else as you talk, there is a certain level of acting involved.

Your voice must be able to tell the story without people seeing your expressions or mannerisms.

A Typical Job Description for a Voice-Over Actor

A voice actor is tasked with the job of reading and recording various types of copy for several different purposes. You will have written material that will require you to get into character and read in such a way that the audience can visualize exactly what you are talking about.

The following character attributes are generally expected of a voice actor:

Voice actors may produce work for the following genres:

While this all may be difficult, voice actors do have the ability to record their work over and over again until they get it right.

4 Advantages of Becoming a Voice Actor

As you have already read, voice acting might be difficult, but it can be rewarding. As you consider this industry, here are four of the more notable advantages you will want to note.

As long as you can create a studio where you work, you are able to do your voice acting right from the comfort of your own home. This provides you with a great deal of freedom and flexibility. It also saves you a tremendous amount of time and expense.

Work the Hours You Want

This is a tremendous advantage. You might find voice acting to be very difficult at first. This means that you might need to devote a great deal of time to get it right, which you will be able to do given the flexibility that this career offers you.

Since many voice actors start on a part-time or per-project basis, the ability to work your own hours is significant. You might find that the only time available to you is after midnight when everyone in the house is well asleep. You can do that with voice acting.

You Become Your Own Boss and Manager

While it is true that your client is the ultimate boss, you will not have anyone looking down at you and telling you what to do every step of the way. You are your own manager and boss in the voice acting business.

This means that you work on your own timetable. You can choose to work where you want, how you want, and in whatever type of clothes you want.

As you develop in the industry, being your own boss and manager also means that you can pick and choose which type of work you accept. This is a major advantage of voice acting that is not available in other professions.

Experts will agree that the profession is challenging, but the ability to be your own boss is not something to be overlooked.

This is another area that experts point out is something that makes the hard work even more worthwhile. The top voice acting professionals can make hundreds of thousands of dollars per project that they work on.

While you might not be able to get to that level, that should indicate how much money is available in the industry.

4 Disadvantages of Becoming a Voice Actor

With anything difficult in life comes some disadvantages. Here are four of them that the experts would agree you should pay attention to if you consider becoming a voice actor.

The Work Can be Inconsistent

This is particularly a concern when just starting in the industry. Finding steady work can be difficult. This is part of the reason why voice acting is hard. You will need to work to develop a strong network that will bring jobs your way.

Until then, you will just need to be patient and do your very best on every project that you do happen to land.

There is a Lot of Competition

One of the things that make voice acting so hard is that there is so much competition. Even the most seasoned professionals will find it difficult on occasion to find work.

You will want to consider this, particularly if you are trying to make this your full-time profession.

It Can be Expensive to Get Started

Having the right set-up in your studio will go a long way towards landing you the type of jobs and projects you need to be successful. You may not need to buy everything all at once, but you will want to gradually add more equipment as you establish a presence in the industry.

It Takes a Toll on Your Voice

As you know, you only get one voice. If you have ever screamed passionately for your favorite sports team only to discover that you are hoarse the next day, then you understand how delicate your voice is.

Voice acting takes a toll on this part of your body. You will need to work hard to keep it in shape and avoid undue strain.

Just because something is difficult does not mean you should go to great lengths to avoid it. With voice acting, the difficulty level often equals just how rewarding of a process it can be.

If you are ready to put in the work, then then you might just find voice acting to be one of the most fulfilling passions you have ever pursued. 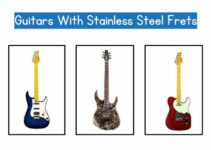 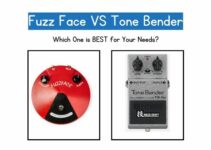 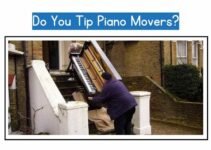