Let’s play a game. I’m going to say two words and you are going to spat out the first word that comes to your head. Ready? Okay. The word is: Love Sosa. If you were a young teen, like me, in 2013….you already know.

Those two words should bring your mind to a picture of Mr. Keith Farrelle Cozart but known to all his fans as Chief Keef.

Chief Keef was very influential, not just in the hip-hop industry, but also in the drill sub-genre paving the way for artists such as; Pop Smoke, Lil Durk, King Von and many more all at a very young age.

Being someone who’s done so much for a new wave/generation of artist, you might be wondering why he doesn’t get mentioned much nowadays.

I mean, sure you’ll hear the occasional “Love Sosa” or “I Don’t Like” played at your local club but he’s certainly not a person you hear on Chicago’s 107.5. I think the words my mind is wanting to transfer on my computer screen is:

“What Happened to Chief Keef?”

On August 15, 1995, Keith Farrelle Cozart was born in Chicago, Illinois to Lolita Carter at age 15. Lolita was not married at the time to Keith’s father, Alfonso Cozart, thus depending more so on her mother to help raise young Keith.

Fun Fact: Cozart got his name from his deceased uncle, Keith Carter, and would also derive his rap name from him as he went by the name “Big Keef.”

Showing artistic capabilities from the start, Cozart could often be found using his mother’s karaoke machine and cassette tapes to record himself performing songs.

Cozart would also attend Dulles Elementary School and the Banner school, a school that assists in teaching those who struggle to learn in a traditional school setting. He also attended Dyett High School but later dropped out.

Living in Washington Park, a neighborhood located in the South Side of Chicago, Keith found himself running into law on several occasions being a known member of the Black Disciple street gang.

His first run-in came on January 27, 2011 in the form of drug manufacturing and distribution but due to being only fifteen years old, a minor, he was only charged with a Class X felony and put on house arrest.

During house arrest, he worked on and released two mixtapes titled The Glory Road and Bang garnering the attention of the Chicago South Side community.

This attention would only grow more as he would soon be arrested again, this time for possession of a firearm and pointing it at a Chicago Police Officer, and put on house arrest once more.

On this go around, Cozart would continue working on his craft posting several videos on Youtube like Toby Turner but it was his single “I Don’t Like” that gave the rapper the break he had been waiting for.

Cozart’s song would become a massive hit being dubbed as the perfect Chicago anthem and still is said by some critics to be his best song to date.

If his star couldn’t get any brighter, fellow Chicago hip-hop artist Kanye West would take notice of Cozart’s single and go on to make a remix of it featuring the artist of Jadakiss, Pusha T and Big Sean initiating a bidding war to sign the rising star that was Chief Keef.

During the summer of 2012, Cozart’s music output was relatively non-existent but for good reason as a bidding had been started to sign the young artist.

After weighing his options, Keith signed on with Santa Monica’s Interscope Records on a three album layout deal worth six-million dollars as well as a four-hundred thousand dollar advance for Keith to start his own label: Glory Boyz Entertainment(GBE).

Even though this album would give Cozart another hit single called “Love Sosa” the album wasn’t much of a commercial success ranking only at twenty-nine on the Billboard 200 and selling just 152,000 copies three months after its release.

Another Fun Fact: Finally Rich would be certified gold by the RIAA in the summer of 2018 for selling an excess of 500,000 copies.

Even though his debut album didn’t do so well, Cozart would be featured on Kanye West’s song “Hold My Liquor” receiving much praise as he showed “a lot of emotion though being portrayed as a tough guy.”

Hoping to push his career to even higher heights, Cozart would release his next mixtape, Bang, Pt. 2, a sequel to the one of the same names along with a new one titled Almighty Sosa.

This mixtape would receive mixed to negative reviews being argued as “lazy” and “not his best work.” Cozart would eventually reveal in a later interview that the reason for the negative reviews was due to lean addiction at the time.

It is very common in the entertainment industry that with much fortune and fame comes usually two things. A toxic relationship with drugs and a run-in or two with the law.

Unfortunately for Cozart, he already had a strong history with both and more money would only lead to more problems as he navigated through the success his talents brought him.

On September 5, 20112, it was announced Cozart was under investigation for the shooting of Joseph Coleman also known as Lil JoJo.

The investigation was started after it was uncovered the two had been feuding and Cozart posted a video mocking his death.

Coleman’s mother even went on record claiming that Cozart paid to have her son killed.

On October 17, 2012 prosecutors demanded Cozart be locked up as he violated his parole when a video was posted of him discharging a firearm at a shooting range violating his parole.

They would also try to use the fact that Cozart changing his address without notifying his Parole Officer also warranted lock up but Cook County Judge Carl Anthony would deny their demands.

He seemed to escape incarceration until January 15, 2013 when a juvenile court judge overturned the ruling stating the shooting range was indeed a parole violation sentencing him to two months in the juvenile detention facility.

If this wasn’t enough, while serving time he was sued by Team Major, a Washington DC promotion company, for $75,000 and would be forced to pay them $230,019 shortly after.

Upon release from the juvenile detention facility, Cozart would be arrested on May 20, 2013 for drug possession outside a DeKalb County hotel and eight days later was arrested again for doing 110mph in a 55mph zone.

He pleaded guilty to the speeding charges, paying a $531 fine along with serving 18 months of probation, 60 hours of community service and being forced to undergo random drug tests.

On October 24, 2013, Cozart violated his parole testing positive on a drug test sending him once again to lock up this time for twenty days.

He would be released early for good behavior but would return once again on November 6 for violating his parole again.

Cozart took a hiatus from law enforcement only to return in action March 5, 2014 in the form of a DUI in his home state of Illinois with a suspended license to go along.

A longer hiatus would ensue until January 2017 when he was arrested for allegedly beating up and robbing music producer Ramsay Tha Great.

The charges were dropped for lack of evidence but he returned in June for drug possession. In 2019, he would plead no contest and be given a suspended sentence.

Now that we covered the rise of Chief Keef and his relationship with the judicial branch, we can finally go into the fall of Chief Keef.

Shortly after his debut album, Cozart would learn the trade of music producing and would experiment on himself assuring fans that he was working on Bang 3 and Back From The Dead 2.

Bang 3 would never materialize and BFTD 2 road would be a long one as Interscope Records would drop Cozart from his deal having a clause that stated if his debut album didn’t sell at least 250,000 copies by March 2014 they could.

Despite being dropped, Cozart assured his fans more music would come on the way and kept his promise dropping two mixtapes titled Big Gucci Sosa along with Back From The Dead 2 to mixed reviews.

Even though his sales didn’t rise like he wanted, he received high praise from critics for his producing skills as he had produced 16 out of 20 songs on the Gucci Mane collaboration mixtape.

But what about his record label he started up. Glory Boyz Entertainments’ projects were predominantly mixtapes with only one album to their name titled Nobody featuring the vocals of artists Kanye West and Tadoe.

In January, 2014, GBE was rebranded to GloGang showing a promising new direction but sadly nothing of significance has been released.

Cozart did retire for a brief period in 2016 after announcing so on Twitter but returned in March 2017 releasing a seventeen-track mixtape titled “Two Zero One Seven.”

Not long after, he released four more mixtapes and a third album titled Dedication. Cozart has not retired since and to this day still raps and features on other artist songs including Lil Uzi Vert, NBA YoungBoy, Playboi Carti and many more.

He also still produces with his biggest being Lil Uzi Vert’s song “Chrome Heart Tags” on his album Eternal Atake.

When discussing Cozart’s career, a fair argument could be made that if it wasn’t for his constant run-ins with the law he could have been a major success.

However, there are many, many rappers who have had constant run-ins with the laws and even been sentenced to prison but have an illustrious career in the music industry.

You could also argue that maybe Cozart’s talent and music style was more appropriated to his hometown of Chicago and not to many outside of the area as once he left he didn’t sell much and get the same kind of recognition.

Whatever you say and/or agree with, you cannot deny the talent he possessed at such a young age trailblazing the path for many others to follow and be an inspiration for others.

To this day, “I Don’t Like” is still considered the anthem to Chicago and still gets much praise from other rappers and fans.

Let this be a lesson to never stop chasing your passion whether it be music, writing, teaching or whatever because you never know when your time may come.

However, let this be a lesson to be thankful for the moments you get with it because you never know when your time may leave. 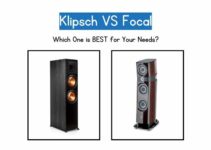