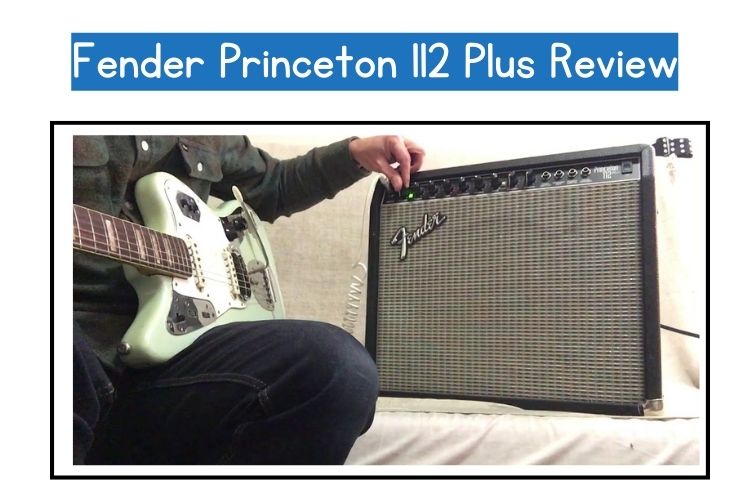 If you are unfamiliar with the most famous solid-state amp of the past, you have got to read today’s blog, in which we are going to talk about the famous Fender Princeton 112 Plus.

Manufactured between the years 1993 to 1997, Fender Princeton 112 Plus is now considered the best solid-state amp of the late 1990s, which featured an impressive Blackface styling look and offered a 40w solid state guitar combo.

However, the 65w version turned out to be the most famous among young guitar enthusiasts who got just the right amount of volume to kickstart their gigs, even with a small drum set.

Let’s talk about the layout of the amp now. On the front, the solid-state amp has two chances with different equalization features, a loop for controlling effects, an outlet for the headphones, and spring reverb, whereas, on the backside, the amp has a twelve-inch speaker.

As far as the sound of the Fender Princeton 112 Plus is concerned, it’s not very high-end, which might be attributed to the lesser technological advancement back in those days.

However, some also argue that the company did not perform at its best with this amp. It is quite a debate till today.

Despite some limitations and shortcomings, the amp still features outstanding capabilities in its overdrive, which can achieve heavy, sharp tones without needing an external overdrive.

There is also a contour option using which you can scoop the mids of the tones.  With a clean channel, and a great space in the headroom, the amp totally gives a Fender vibe.

Even today, this old Fender amp holds significant value and is usable in some aspects, despite the shortcoming of the sharp distorted noise at times.

Since there have been a lot of complaints regarding voice distortion and a fuzzy noise while playing the amp, let us now look at some of the possible solutions that have proven to be effective for many users.

Ensure the Connection between The Guitar and The Amp

One of the most common reasons as to why the amp gives a fuzzy noise is that it is not properly connected with the guitar. Very often, the guitar and the amp are not in sync with each other because the jack is not fixed firmly in the amp.

This, of course, gives rise to a noise that is very unpleasant and eventually ruins the user experience as well as the music being produced.

All you need to do from time to time is made sure that the guitar is connected properly with the amp, and that there is no hissing sound coming from outside the jack of the amp.

Another reason why you may be hearing a hissing sound all the time coming out from your amp is that you’re the knobs of your amp are filled with dust. This is a very common reason for hissing and unpleasant sounds from the amp.

The dust filled in the edges of knobs leads to little connection between the electrical components inside, eventually hindering the overall performance of the amp.

To counter this problem, it is recommended that you clean the knobs every once in a while so that no dust or dirt is allowed to pass in or settle between the knobs.

Make sure that you do not put even the slightest drop of water or detergent inside the knobs, as this will only exacerbate the poor functioning of the amp. Allow the amp to dry completely, rotating its knobs again.

Use the Loudness Control

If you find that the volume of your amp is too high, it is recommended that you use the loudness control, also more commonly known as the dynamic range control of an amplifier.

The best part about using this feature is that it enables you to reduce the volume of the loudest parts of the music and not the entire music.

This is a great feature of the amp, despite the fact that there was little technological advancement available at that time.

How many watts is the Fender Princeton 112 Plus Amp?

Built between 1993 and 1997, the Fender Princeton 112 Plus Amp comes in two different watts; 40w and 65w. The latter was the updated version of the amp which turned out to be a hit among youngsters who got the best volume controls over the amp.

Has Fender Princeton 112 Plus been discontinued?

Yes, the Fender Princeton 112 Plus amp that was assembled in the United States in the years 1993 to 1997 was discontinued soon after its production.

Owing to the lesser advancements in technology at the time and disturbances caused in the amp for which no plausible solution was offered, the company discontinued the production of this amp, within a few years after it was released.